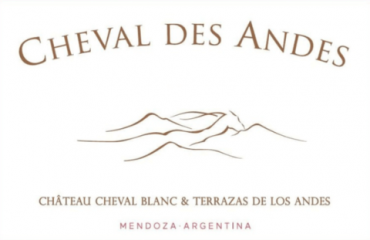 Cheval des Andes, an Argentinean Grand Cru, is the fruit of two cultures combining the vision and know-how of Château Cheval Blanc with the high altitude viticulture of the Mendoza region where Malbec and Cabernet Sauvignon, subjected to a demanding climate, are blended at the foot of the Cordillera.

The inspiration for Cheval des Andes came from founder Pierre Lurton's dream to follow the original Malbec vines from Bordeaux to Argentina. In 1999, Château Cheval Blanc launched a joint venture with Terrazas de Los Andes and Cheval des Andes was born. Since then, a Bordeaux-style blend, predominantly Malbec, has become the signature of Cheval des Andes.

Argentina is the fifth largest wine producer in the world and the ninth largest exporter, with a cultivated area of over 200,000 hectares (49,000 acres) encompassing a wide variety of terroirs, from Salta in the north to Mendoza in the south.

The Andes Horse has 50 hectares (123 acres) of vineyards. The altitude, topography and soil composition of the vineyards are different.

Las Compuertas is located on gentle slopes at an altitude of 1,070 meters. It has a unique microclimate with relatively low rainfall, while its altitude allows for a cooler climate with a high diurnal temperature variation. It has alluvial and deep silt soils, composed of sand (36%), limestone (48%) and clay (16%). Stones at a depth of 1.5 to 2.5 meters, which adds minerality to the wines.

La Consulta is located at an altitude of 1,100 meters. It is characterized by a greater diurnal temperature variation than Las Compuertas. Its alluvial soils are composed of: sand (60%), clay (10%) and limestone (30%).