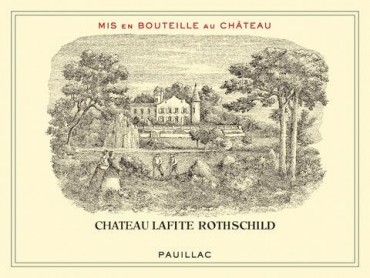 Daughter of Baron Eric, Saskia de Rothschild, aged 30, takes over the reins of the Domaines Barons de Rothschild in 2018 and represents the 6th family generation at the head of the wine estates.

Co-manager of Château Lafite alongside her father, she has been involved in the management and technical supervision of the estates since 2008, and is continuing the artistic approach initiated at the Château, which each year hosts artist-in-residence photographers, with a particular focus on showcasing the know-how of the estates.

The vineyard comprises three large areas: the hillsides around the Château, the Carruades plateau adjoining to the west and a 4.5 hectare plot in the neighboring commune of Saint-Estèphe. The surface area is 112 ha, it is a land of fine, deep gravel mixed with aeolian sands on a subsoil of tertiary limestone, well drained and well exposed.

The management of the estate has been carried out since 1962 by a single team supervising Château Lafite Rothschild and Château Duhart-Milon, given the contiguity of the two properties.