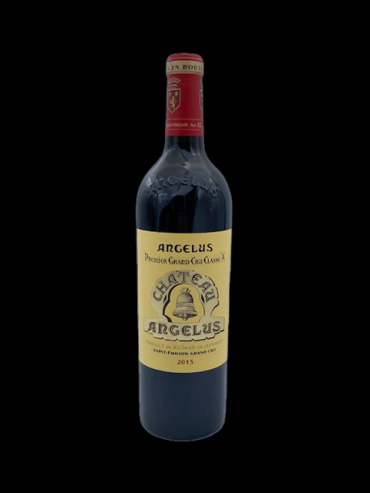 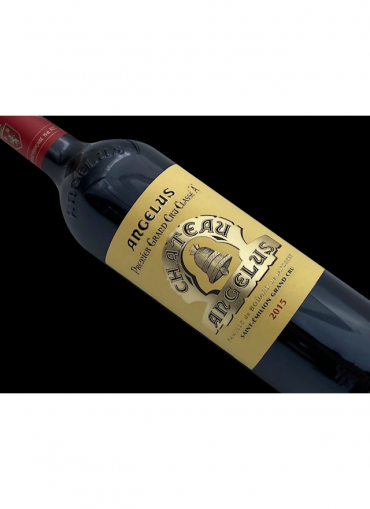 In thirty years, Hubert de Boüard de Laforest's constant questioning of practices and techniques, always at the service of the terroir and the typicity of the wines, has allowed Château Angélus to be recognized as one of the jewels of its appellation. This recognition has been confirmed by all the successive classifications, the latest having placed Château Angélus at the rank of Premier Grand Cru Classé "A".

Since its origin, Château Angélus has had on its label a bell on a light background evoking the moments of recollection of the eponymous prayer. A true symbol of the estate, the bell has survived through the ages, adorning itself in gilding, sometimes with a pure, sometimes baroque, sometimes stylized look... This bell, a permanent witness of a strong family history, embodies a real identity and a true personality. Behind its elegance lie the values of tradition, modernity and high standards, serving the reputation of the estate.

2015 is an excellent vintage at Angelus. Excellent by the subtle balance between power and refinement: intense aromas of ripe and crunchy fruits, a suave and frank attack, tight and velvety tannins, great purity. The charm of a solar vintage, with a touch of flamboyant classicism, baroque one might say, in harmony with the elegance and race brought by the freshness and tension of the lingering finish.